A rough mockup of an adaptive webpage for a mobile game I’m working on.

Character design concept art for Hasbro’s Littlest Pet Shop game. These were used as reference by the 3D modellers. Above is Benson Detwyler, below is Feathers Underwood.

Idea for a game for children – work in progress. 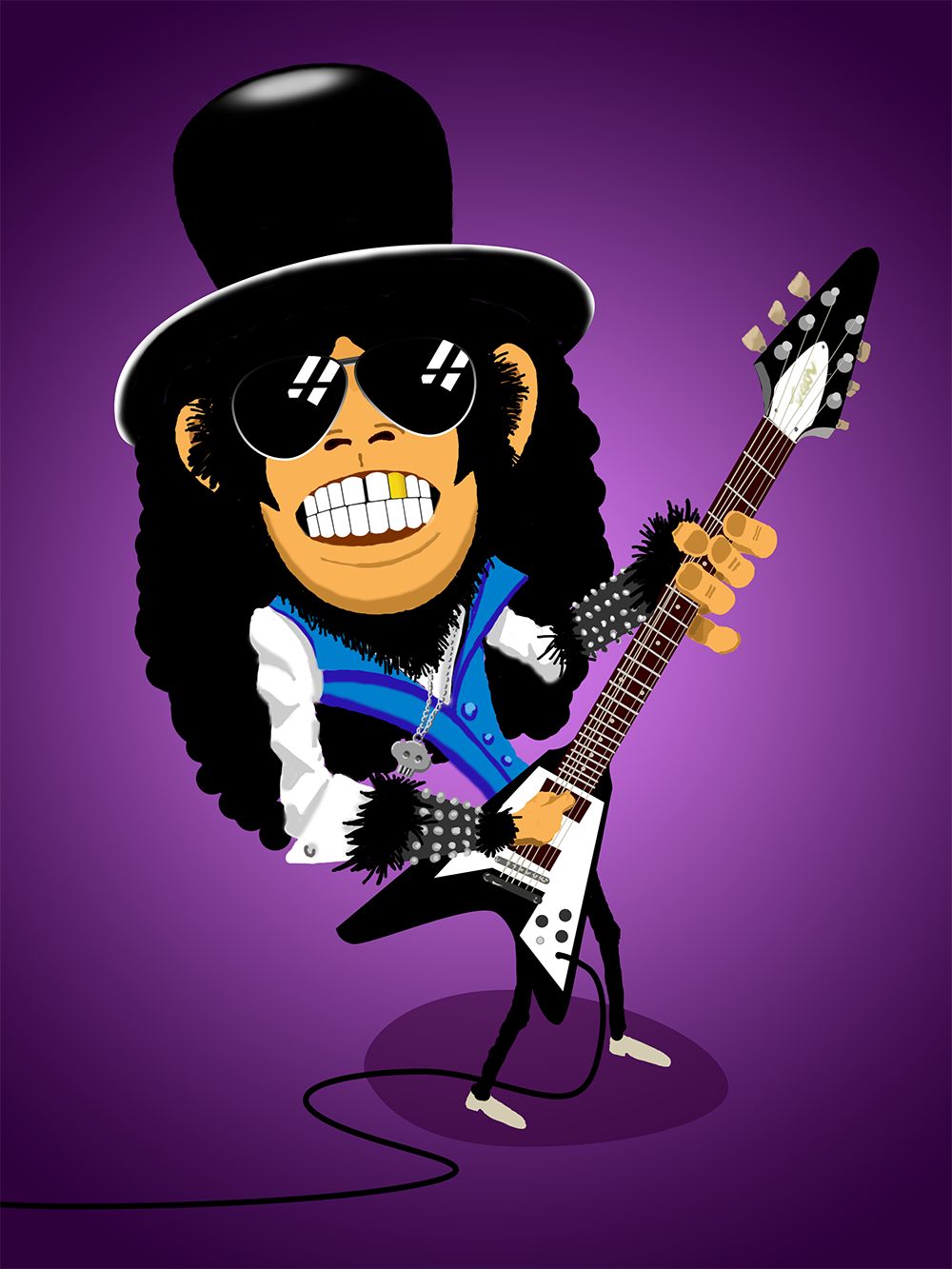 A rough mockup of an adaptive webpage for a mobile game I’m working on. 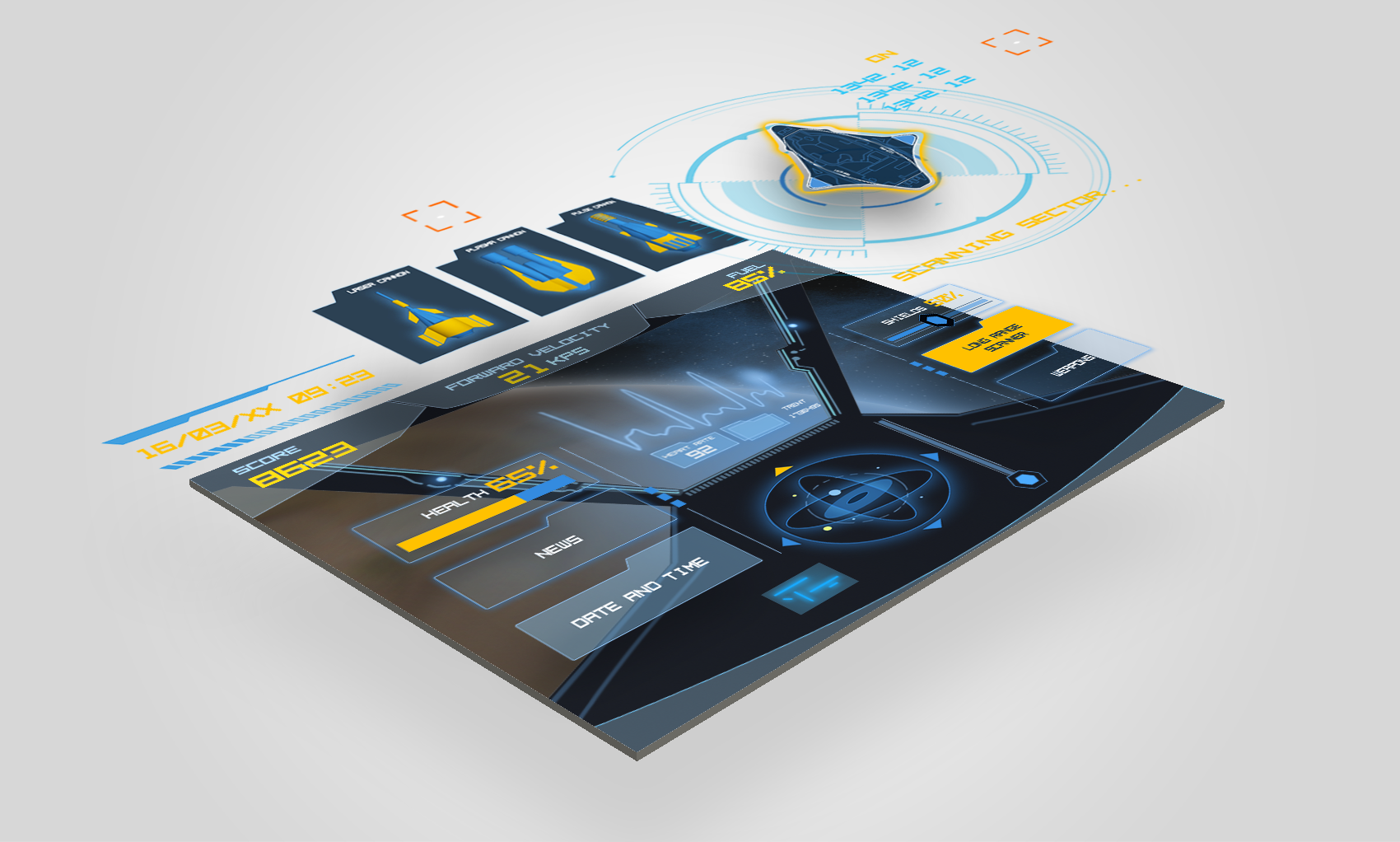 A demo theme was created using the 2D Kit Editor software ready to show for GDC (Games Development Conference) 2016 in San Francisco. iPad and Windows tablet versions were displayed on the Marmalade exhibition stand to demonstrate features of the 2D Kit as a competitive games development UI tool.

A basic UI kit is used for the elements. The theme and its elements are also used as examples within the manual and the tutorial documentation. 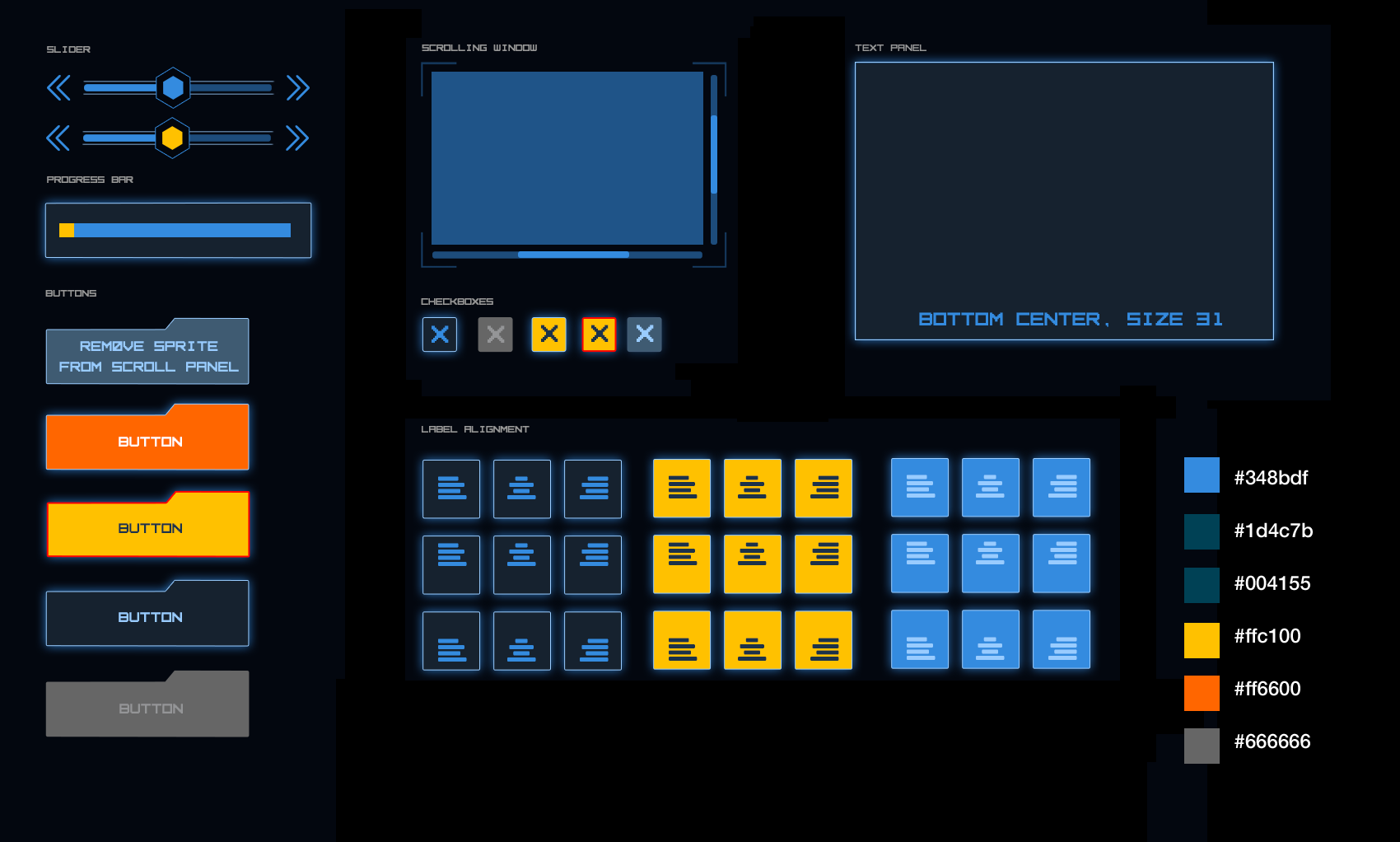 Annotated screen below for the developer, showing the features and behaviours of the themed app. 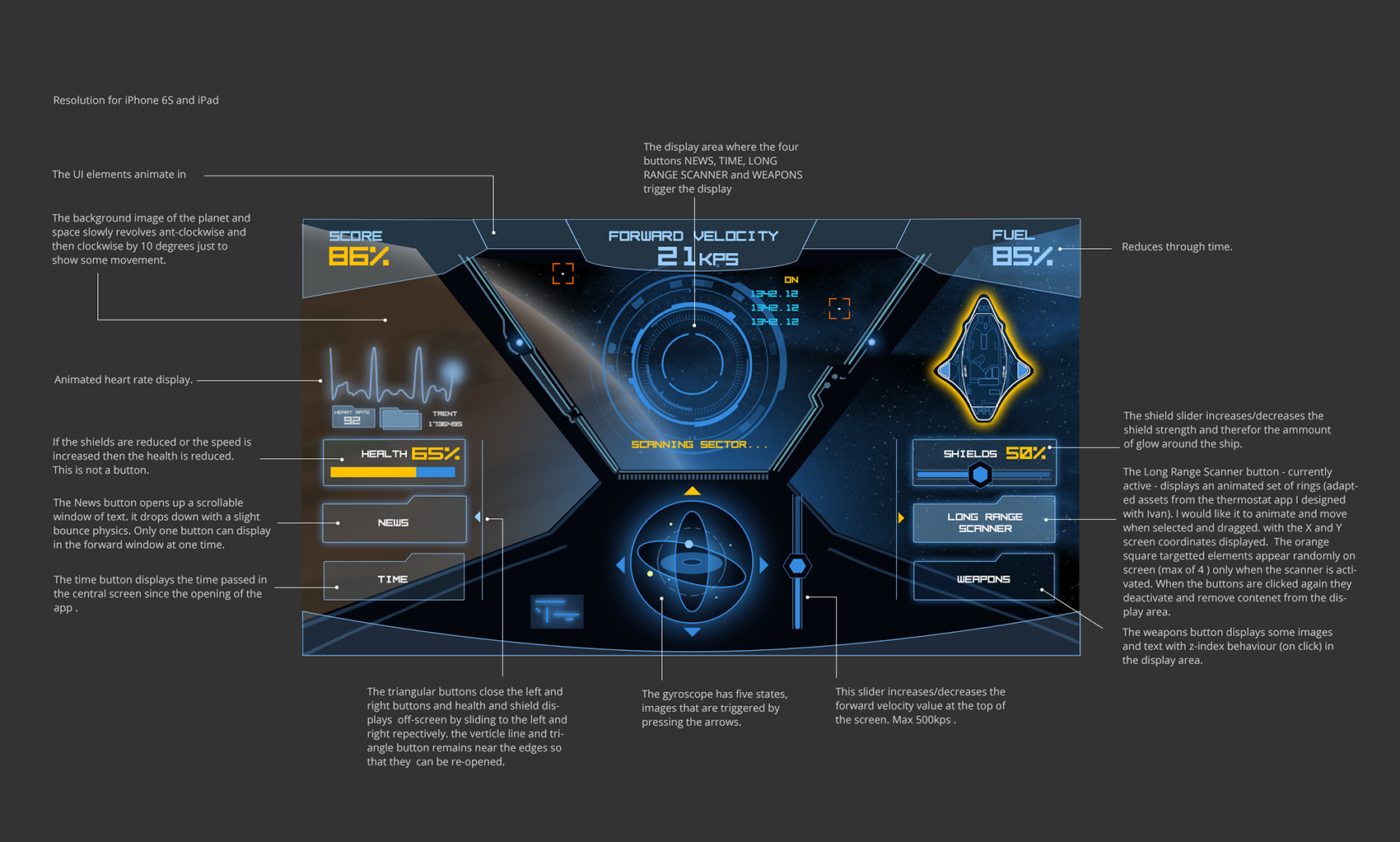 Below are concept sketches for the weapons in the theme. These were created in Maya and finished in Photoshop. 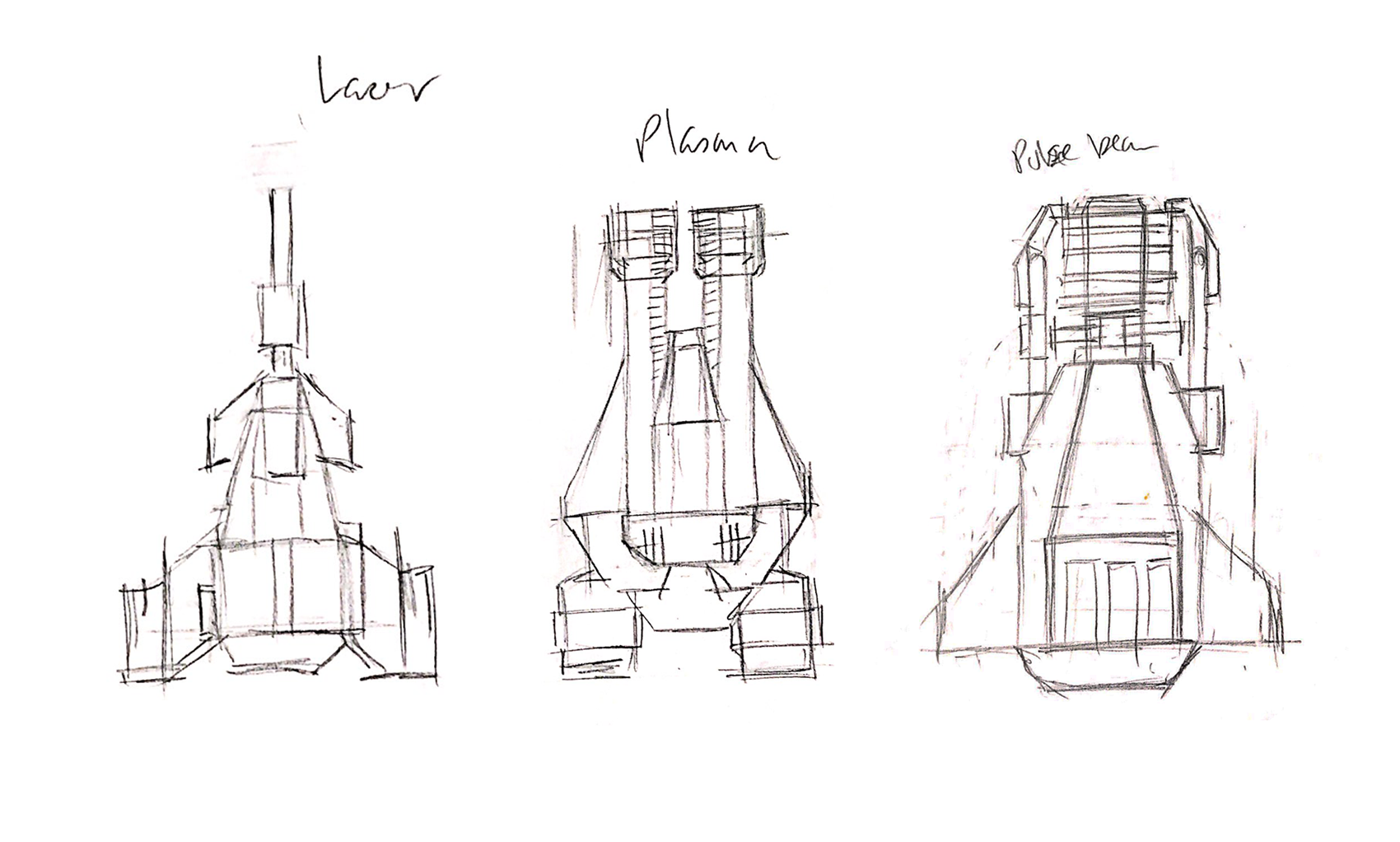 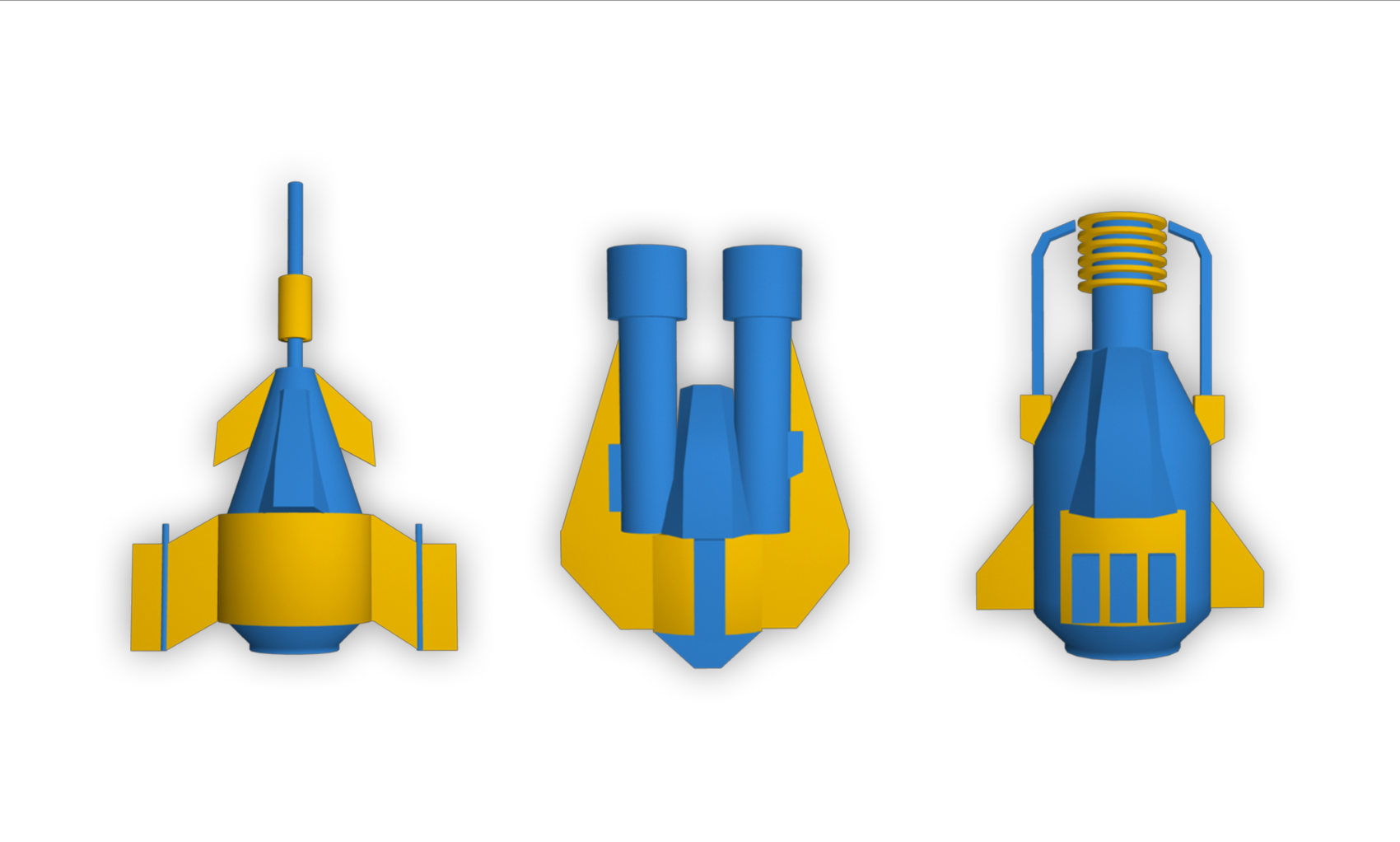 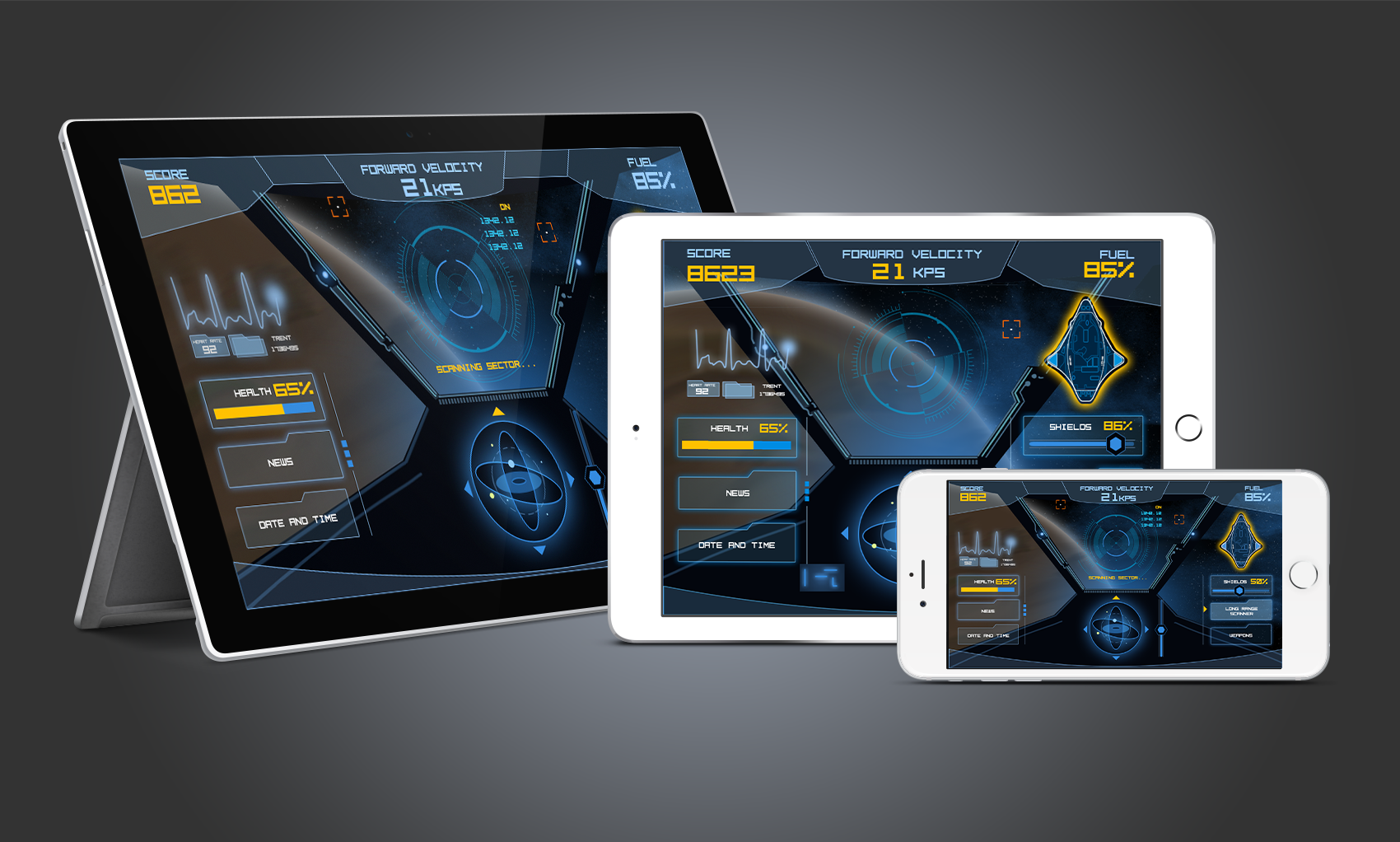 The brief was to communicate the new company marketing strategy for its software workflow Author, Deploy, Manage via the website to coincide with a major release.

This was to go on the homepage as the centre piece and incorporate the themes: 2D, 3D, games, apps, rapid deployment to multiple platforms, high performance, analytics and management.

The three stages of the software workflow being; Author which is the design and creation of a game or app,

Deploy being the use of the tool to target multiple platforms from a single codebase and Manage whereupon Cloud based services can be used to produce analytics.

I knew I wanted to use a rocket as a way of helping to communicate the themes and that it should be animated to catch people’s attention.  So I started to sketch ideas around rockets and mobile devices… 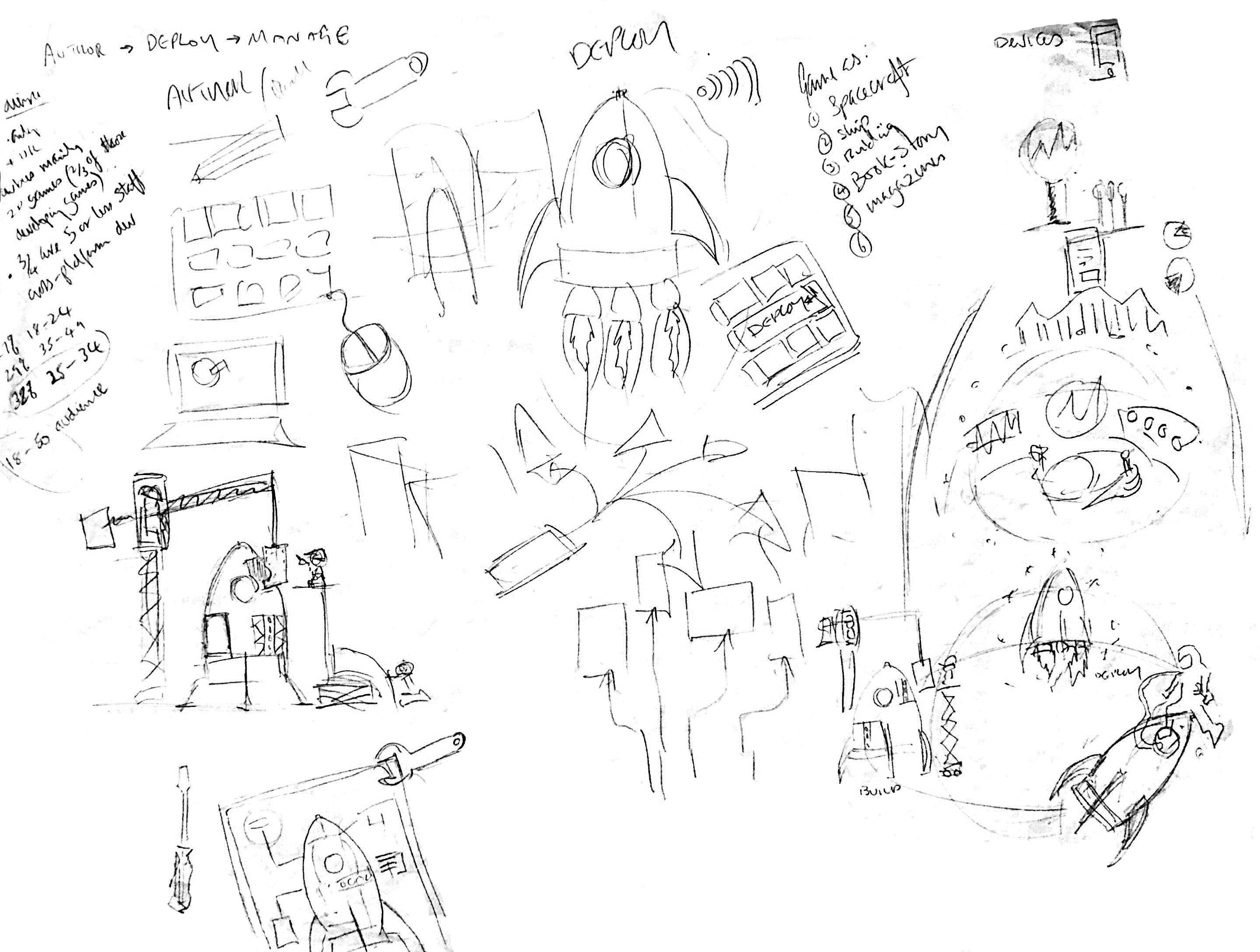 …having decided on a few Author, Deploy, Manage ideas I continue on to what the sequence should be and how to display it in browsers across devices. Some initial ideas included vertical movement… 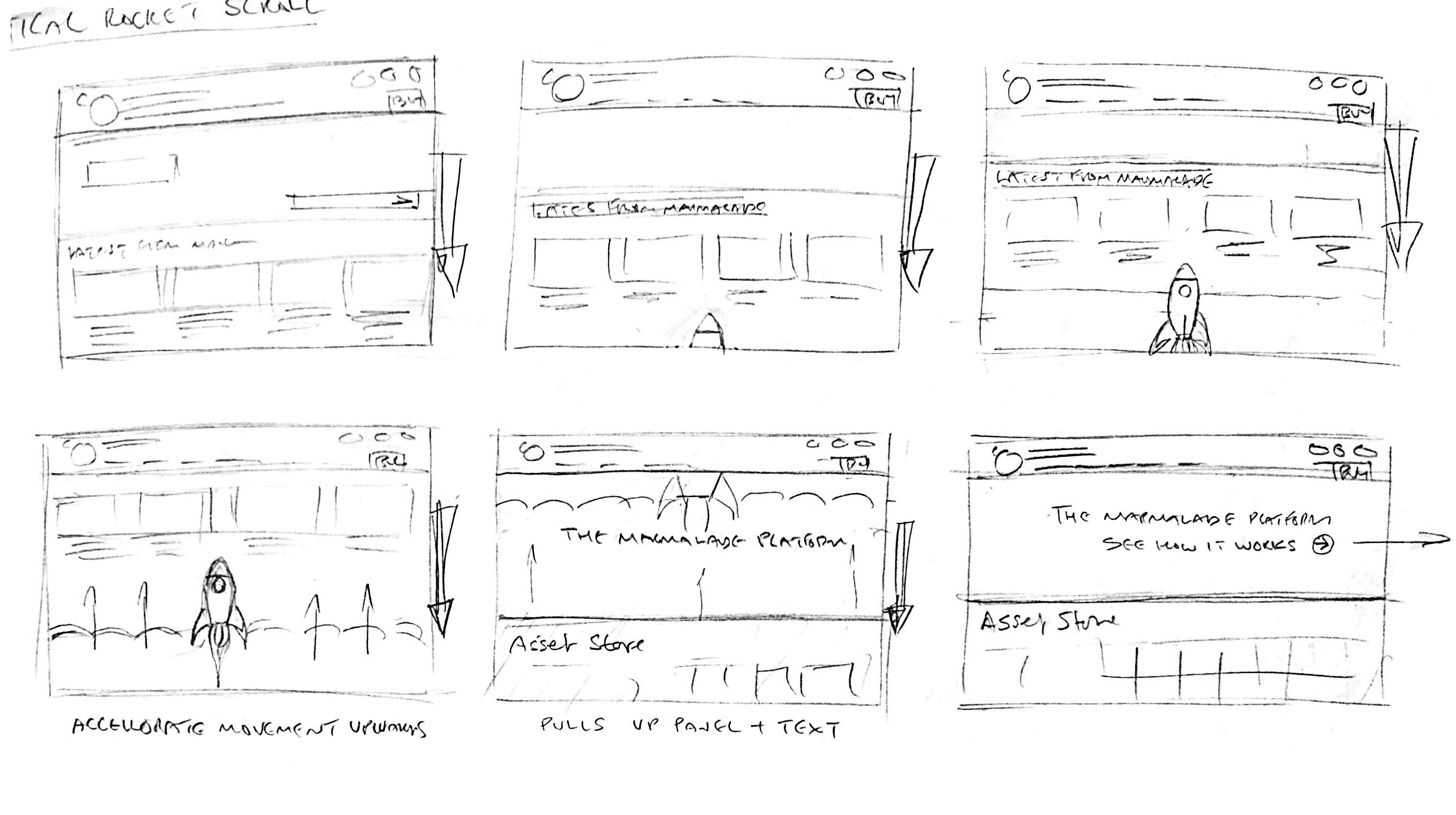 …and others explored horizontal movement showing the rocket moving from left to right while scrolling down.

As the rocket passes, it’s jet and smoke reveal clouds and sky and a message with a call to action. 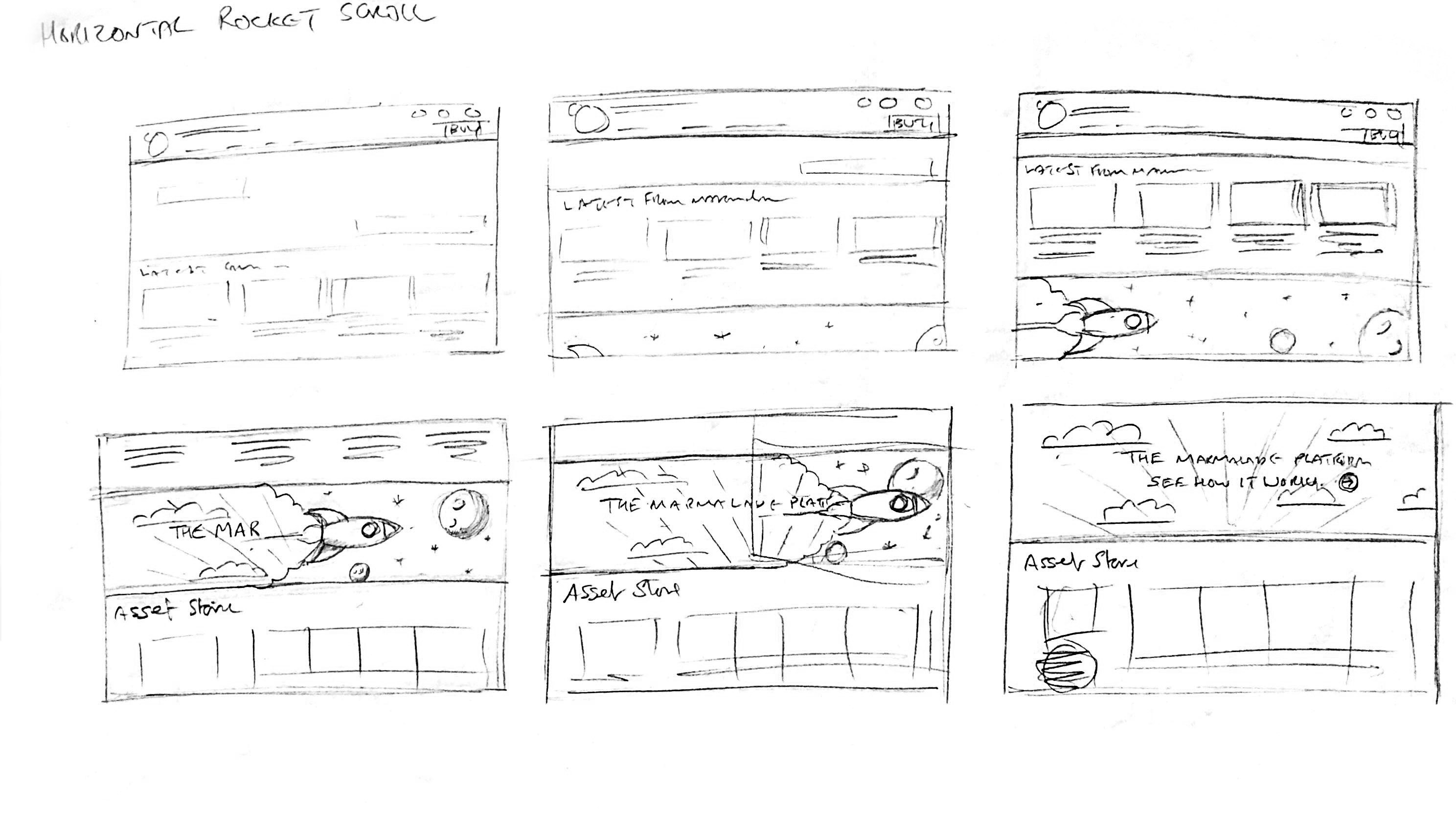 Another horizontal idea shown below, displays the rocket moving whilst simultaneously being reflected through various device screens showing its different positions along its motion of travel. 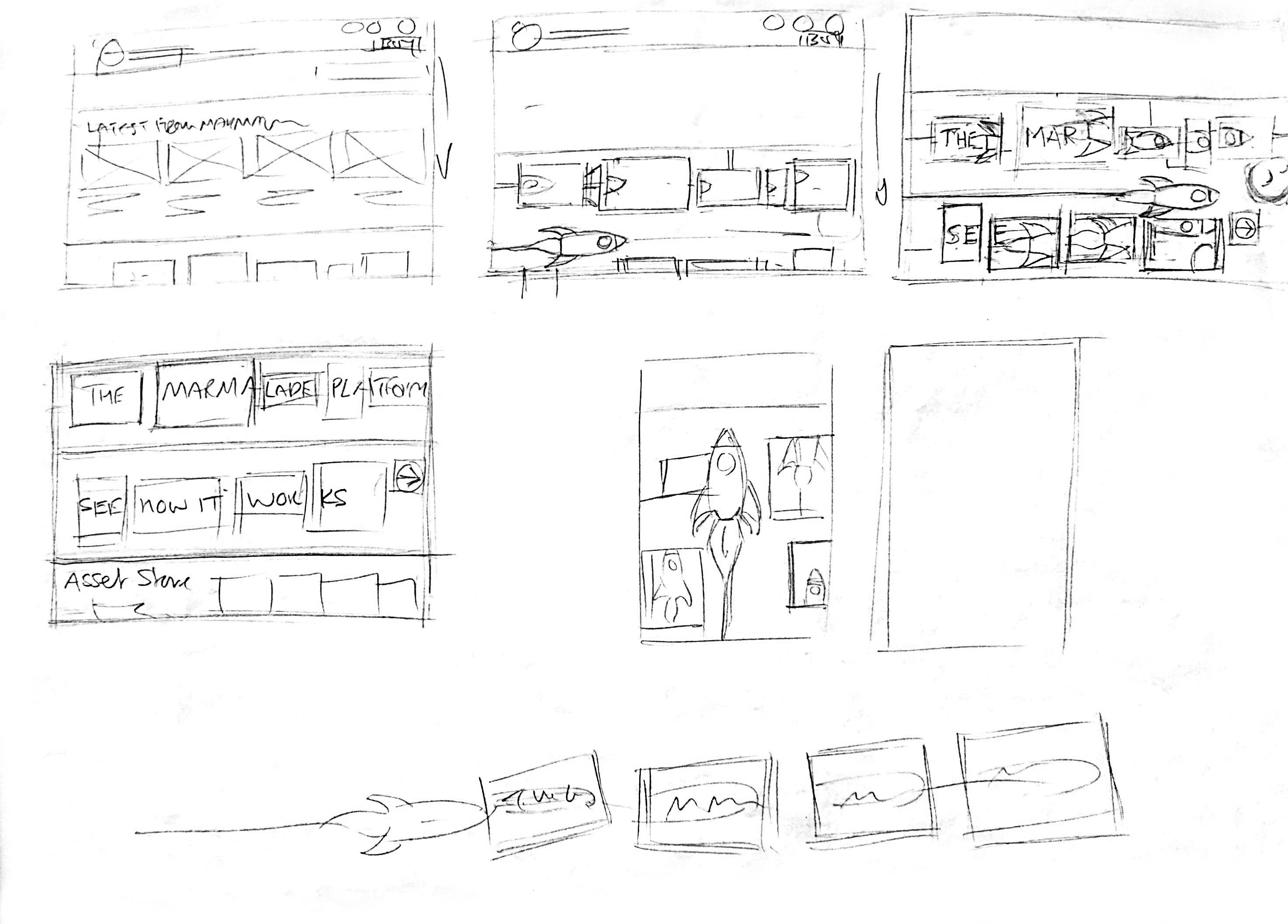 I like the idea of the rocket transforming from a 2D image into a 3D image as it passes through the screen. 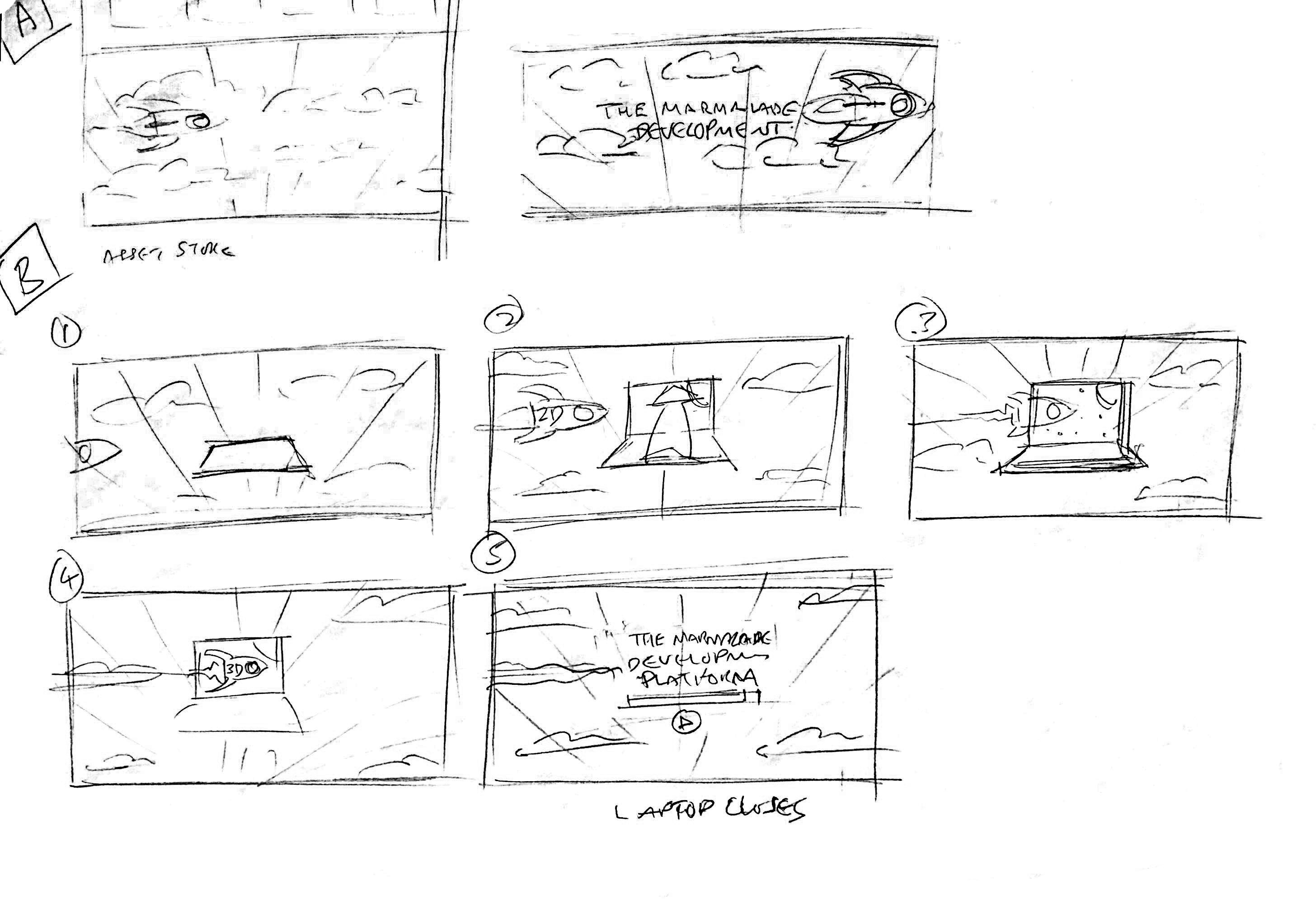 A completely different idea also emerges that keeps the animation more contained playing within a collection of devices. 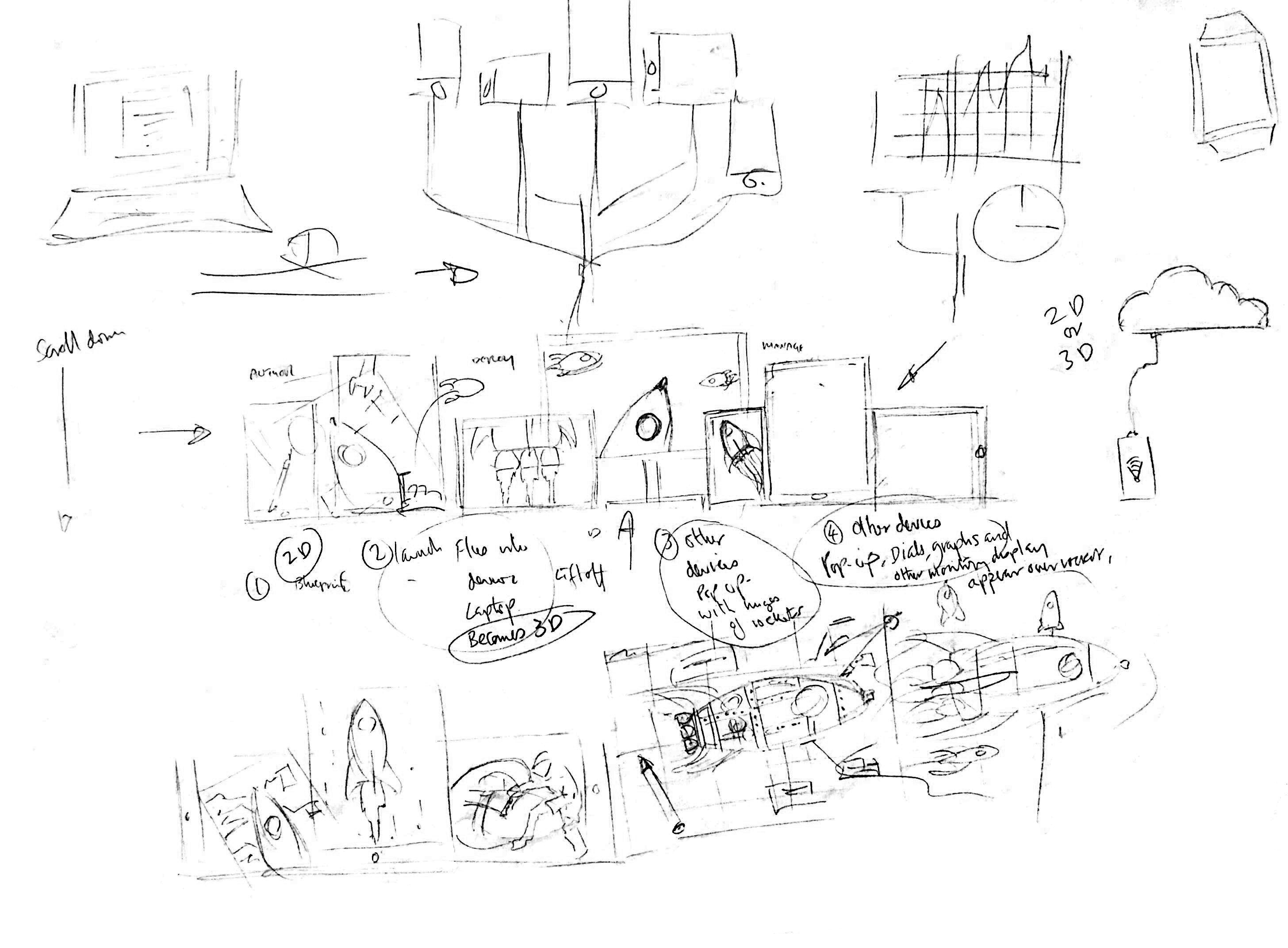 After discussions with stakeholders the final concept for the animation is worked up in more detail (shown below). 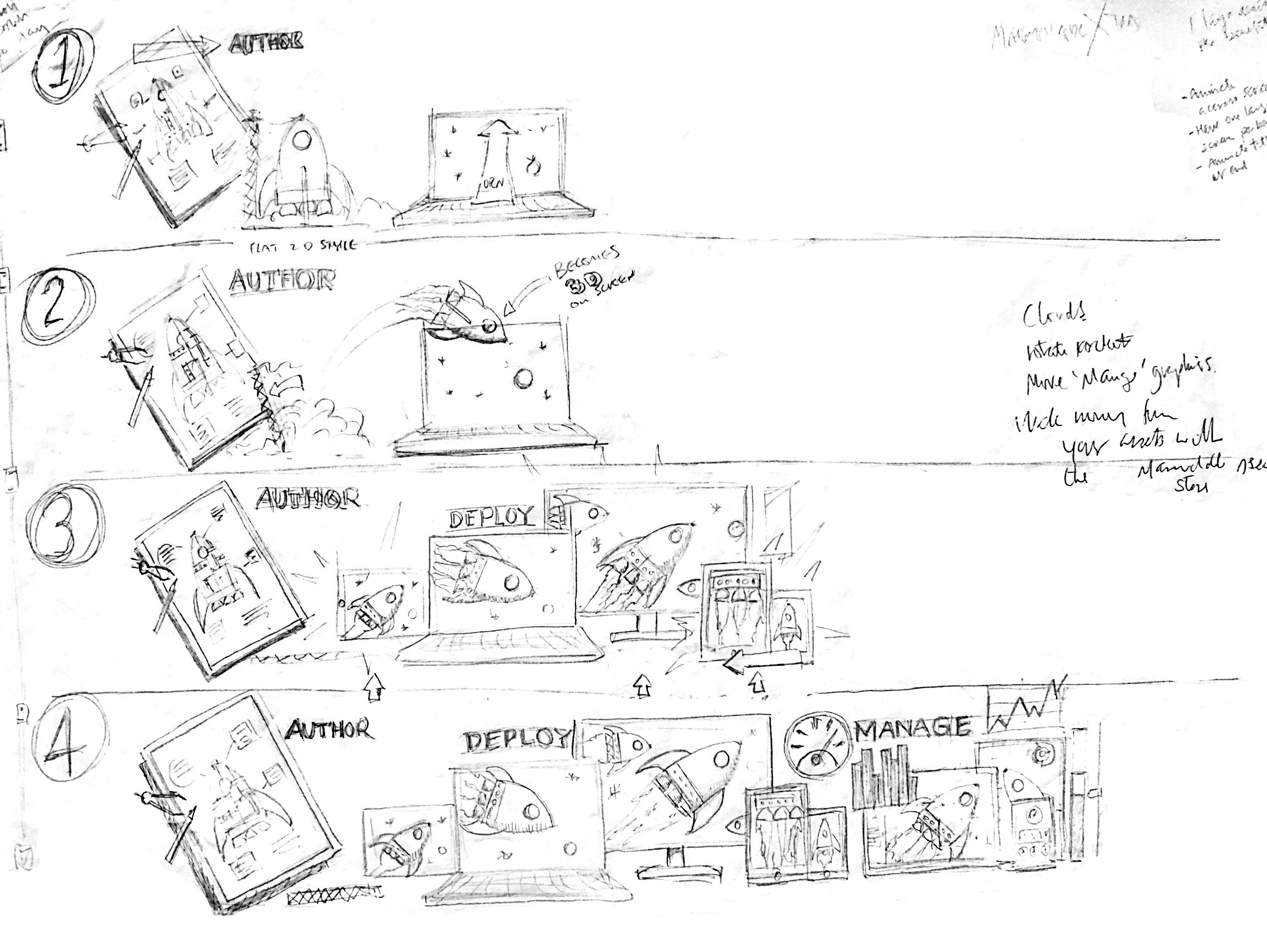 The animation is in three distinct sections. For Author a rocket blueprint appears with a launchpad (1 -2), this represents the design development and launch of a game or app whether 2D or 3D. Deploy is shown through the use of the rocket on multiple devices (3).   Manage is represented by analytical charts and diagrams (4). 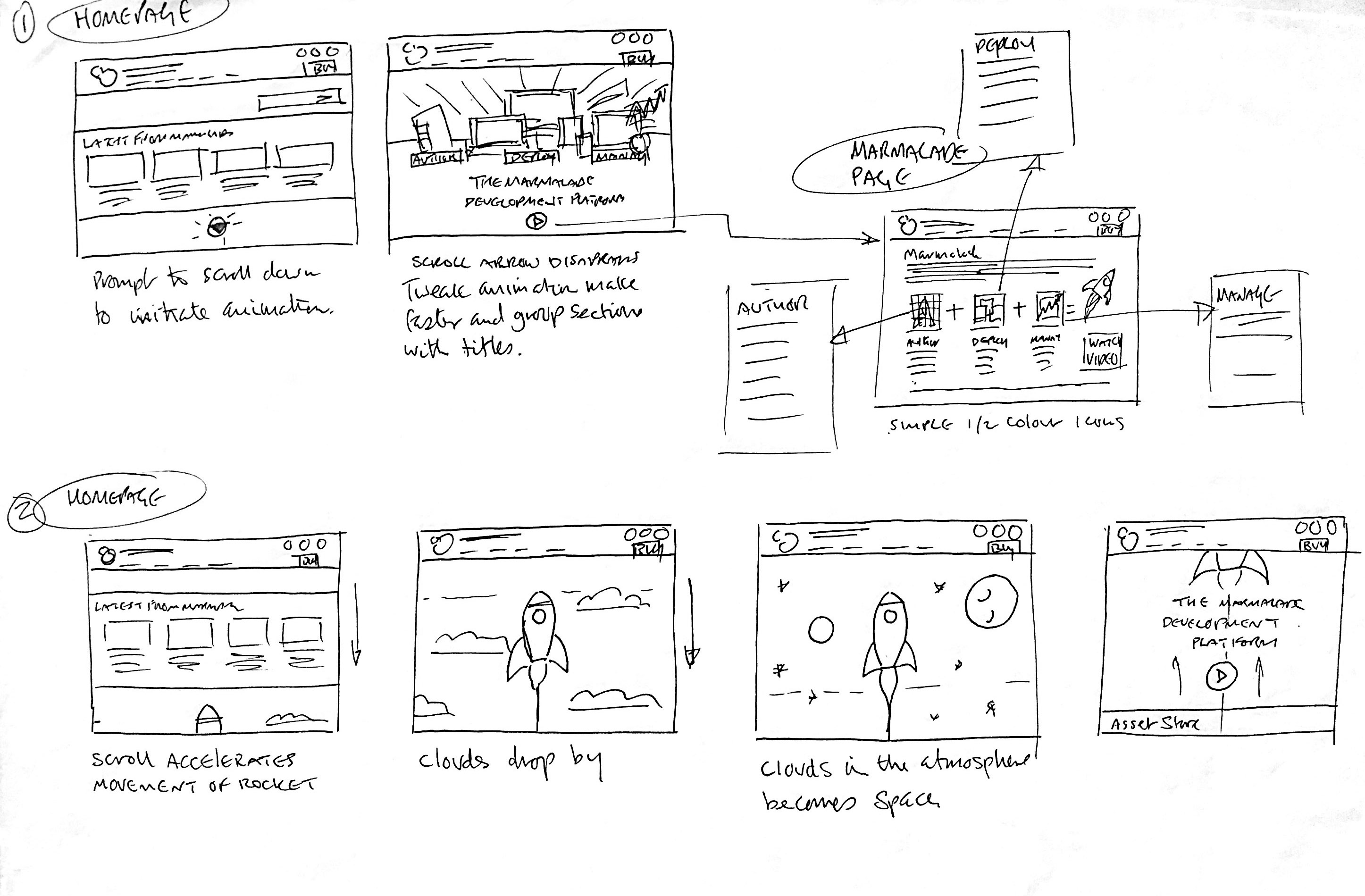 Above (1) is a small sitemap for the desktop version of the animation and (2) a possible alternative to how it could work on mobile devices using vertical motion. 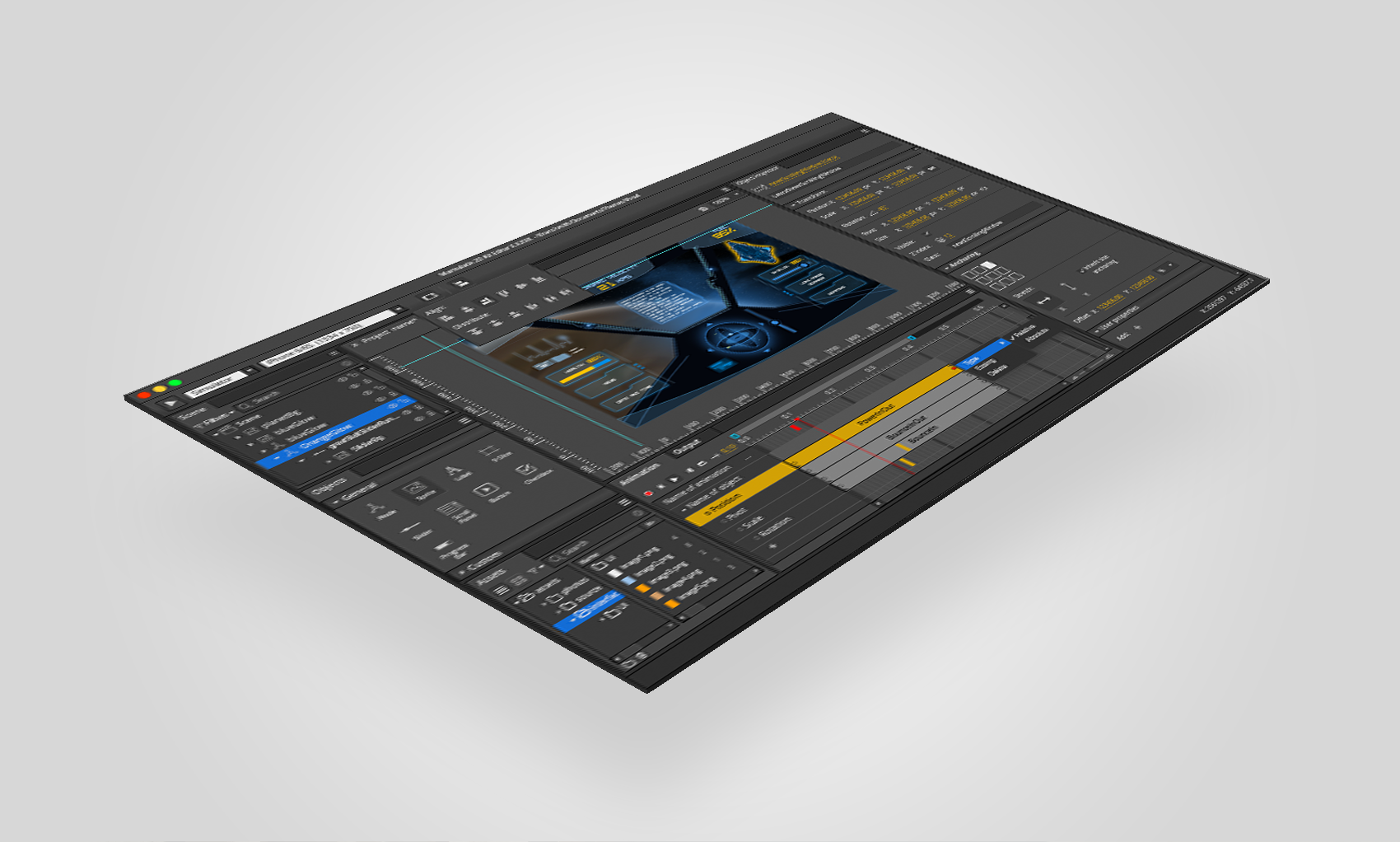 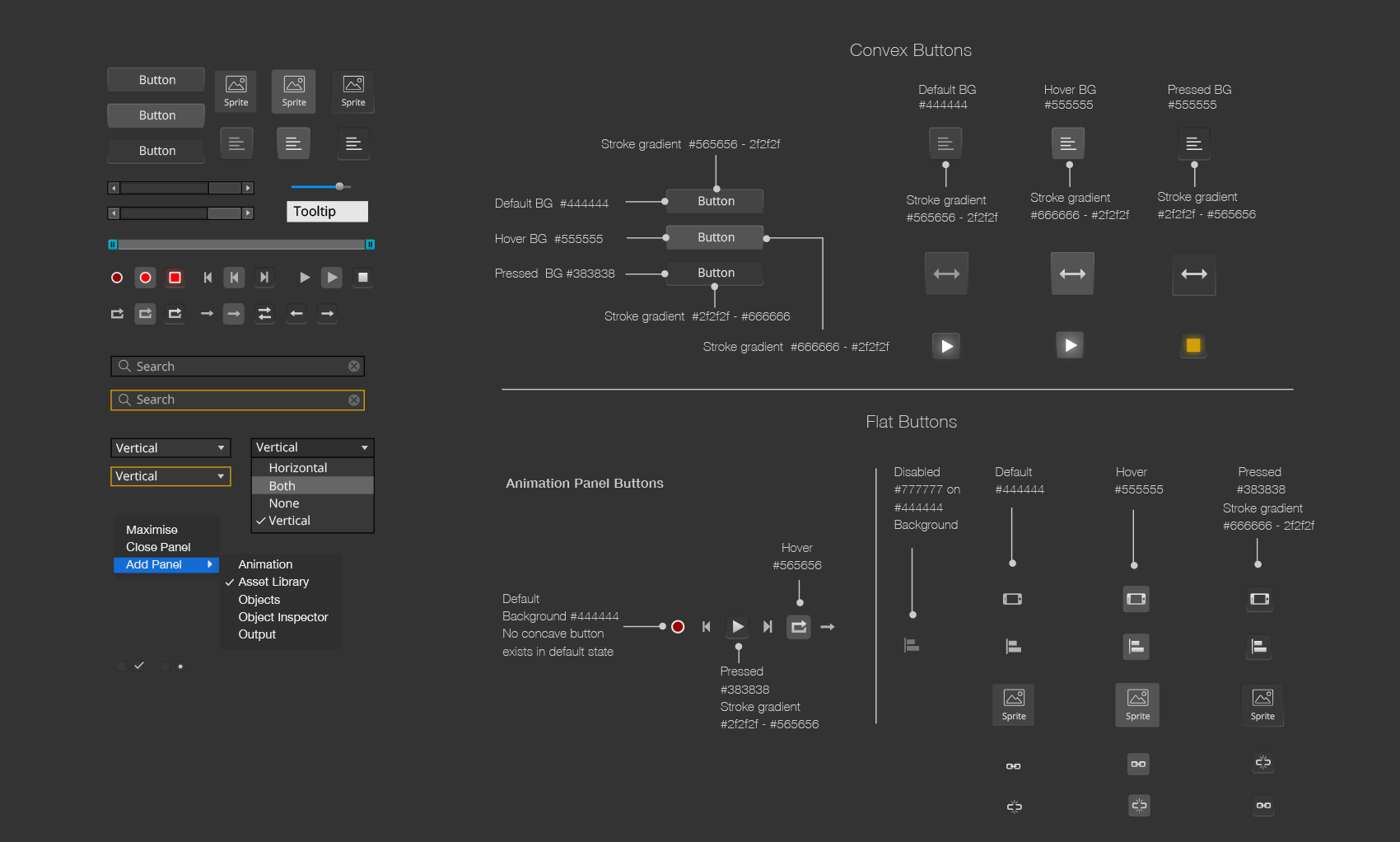 The has a familiar look and feel and a set of features to allow designers to quickly get up and running with the software. The software has games design application features and familiar 2D design tools to create UI layouts and animations. 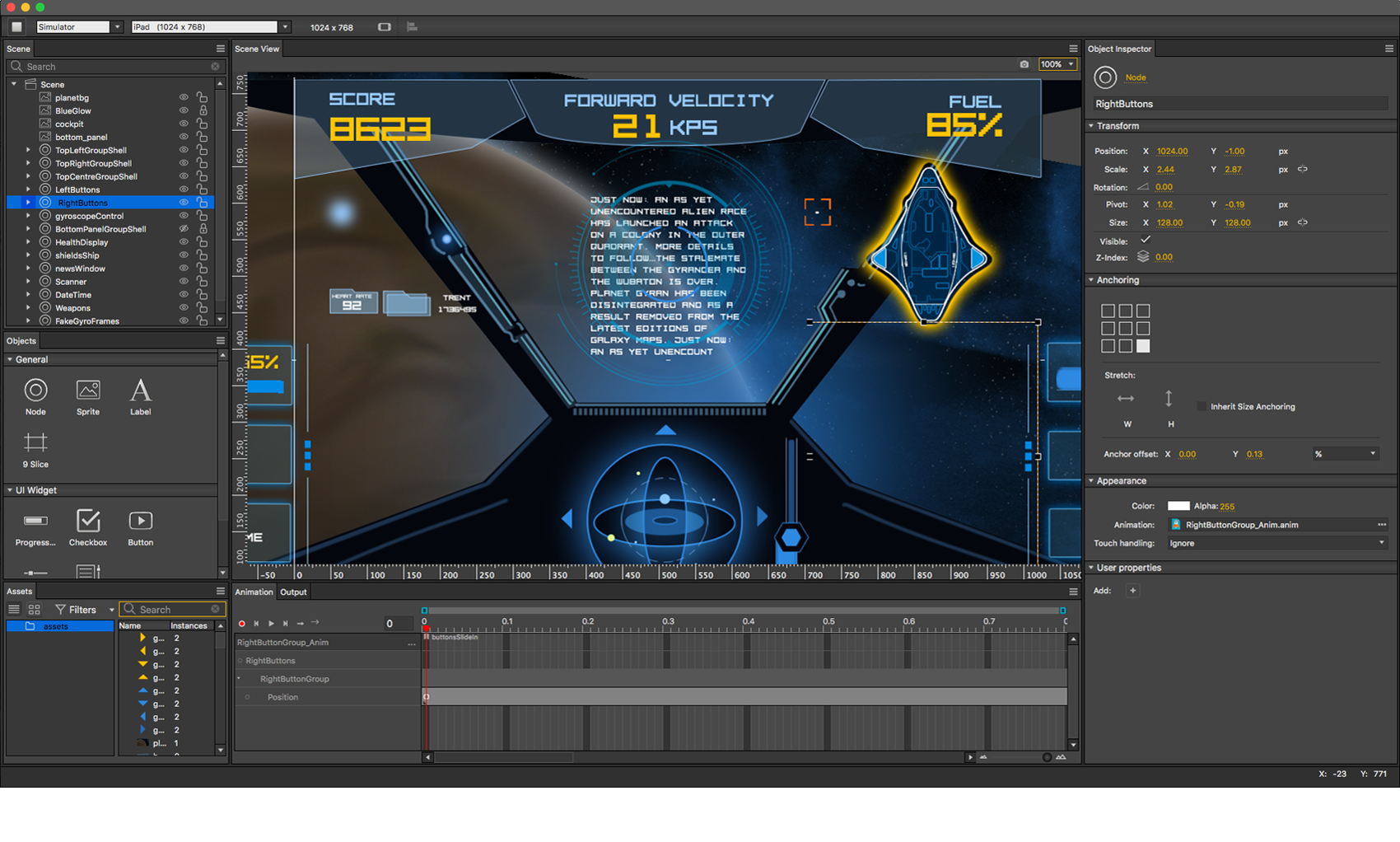 Sketches of the “Animation” and “Object Inspector” panels 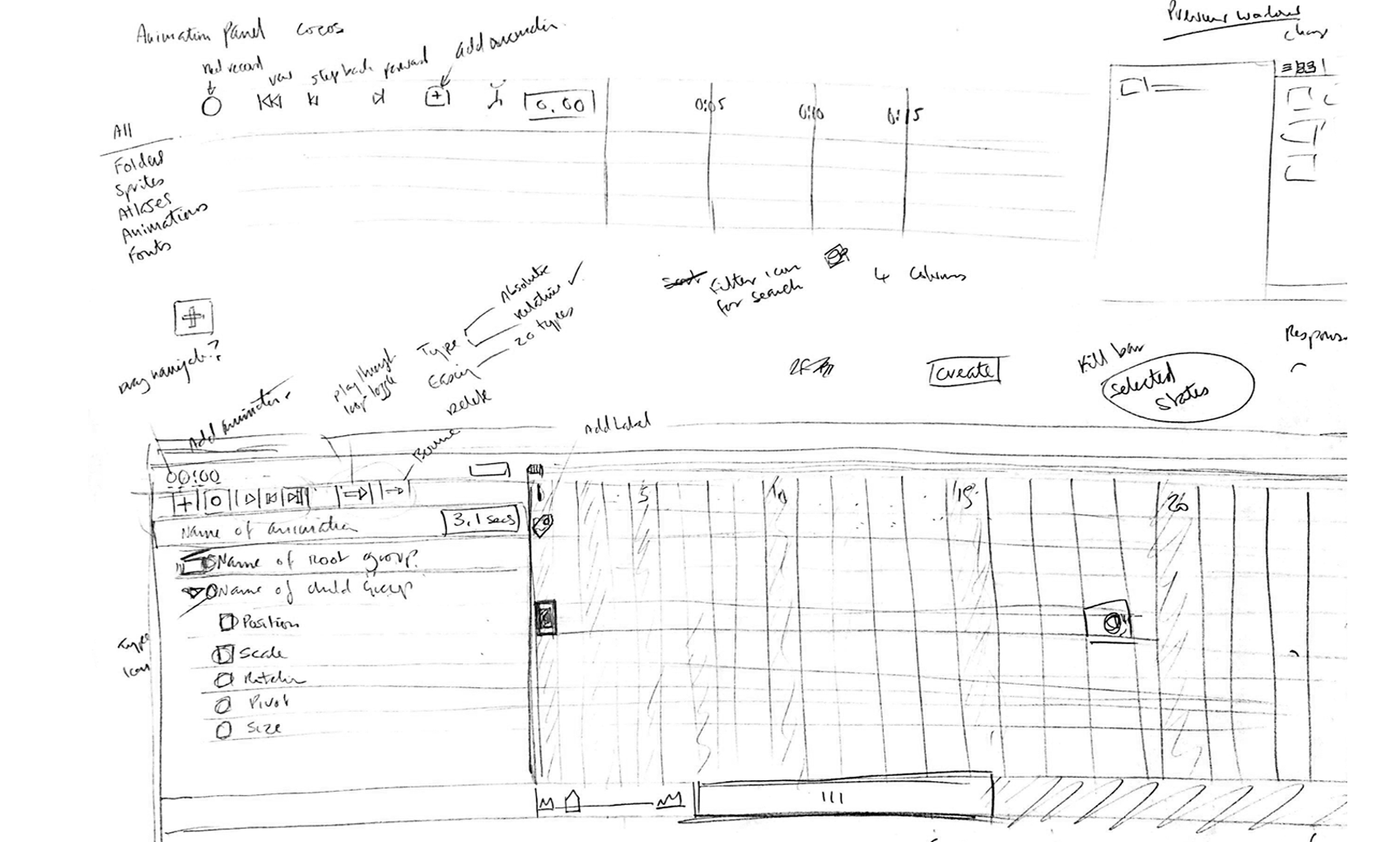 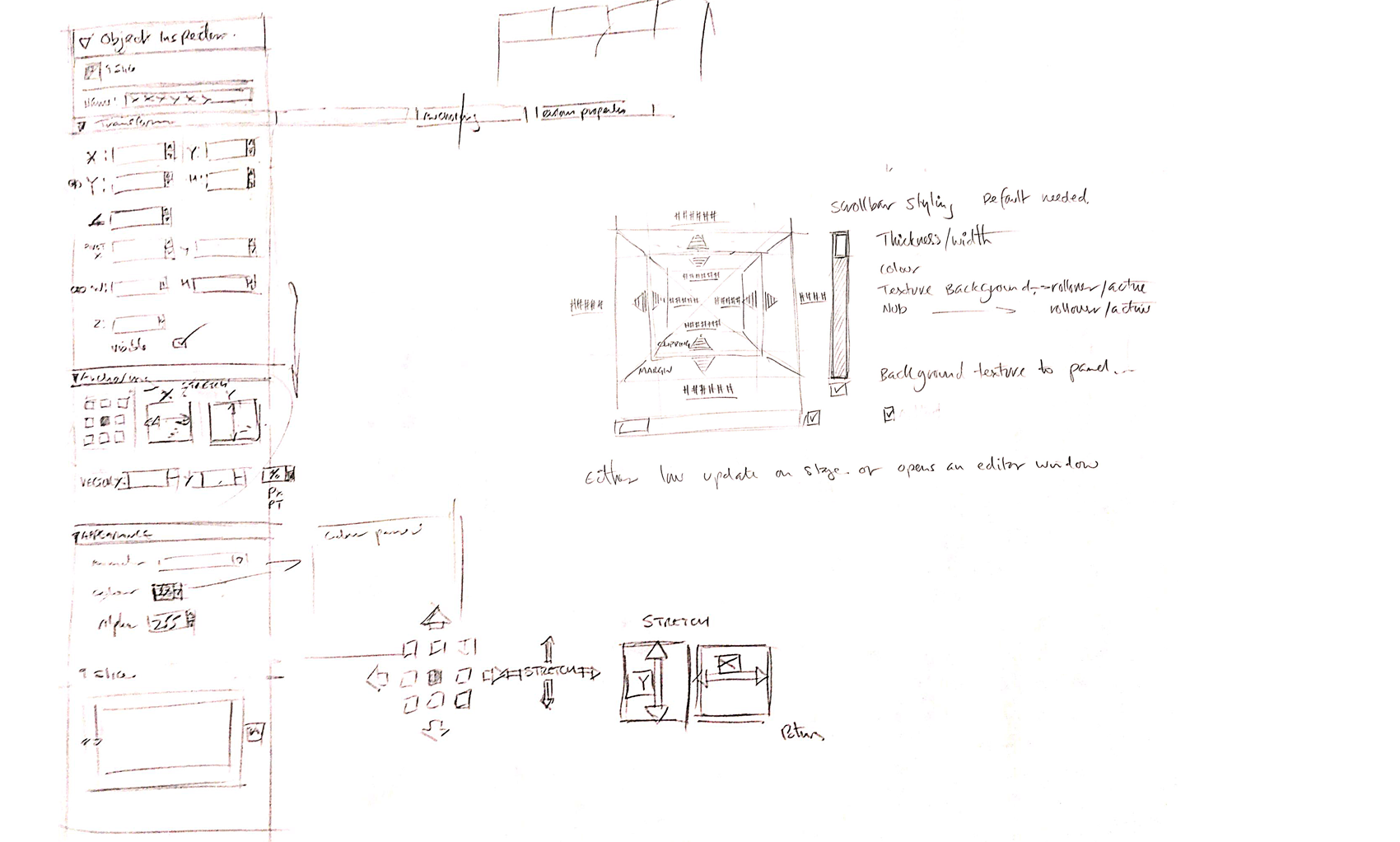 A UI document was created as a reference for stakeholders and the development team. See Part 1 and Part 2. 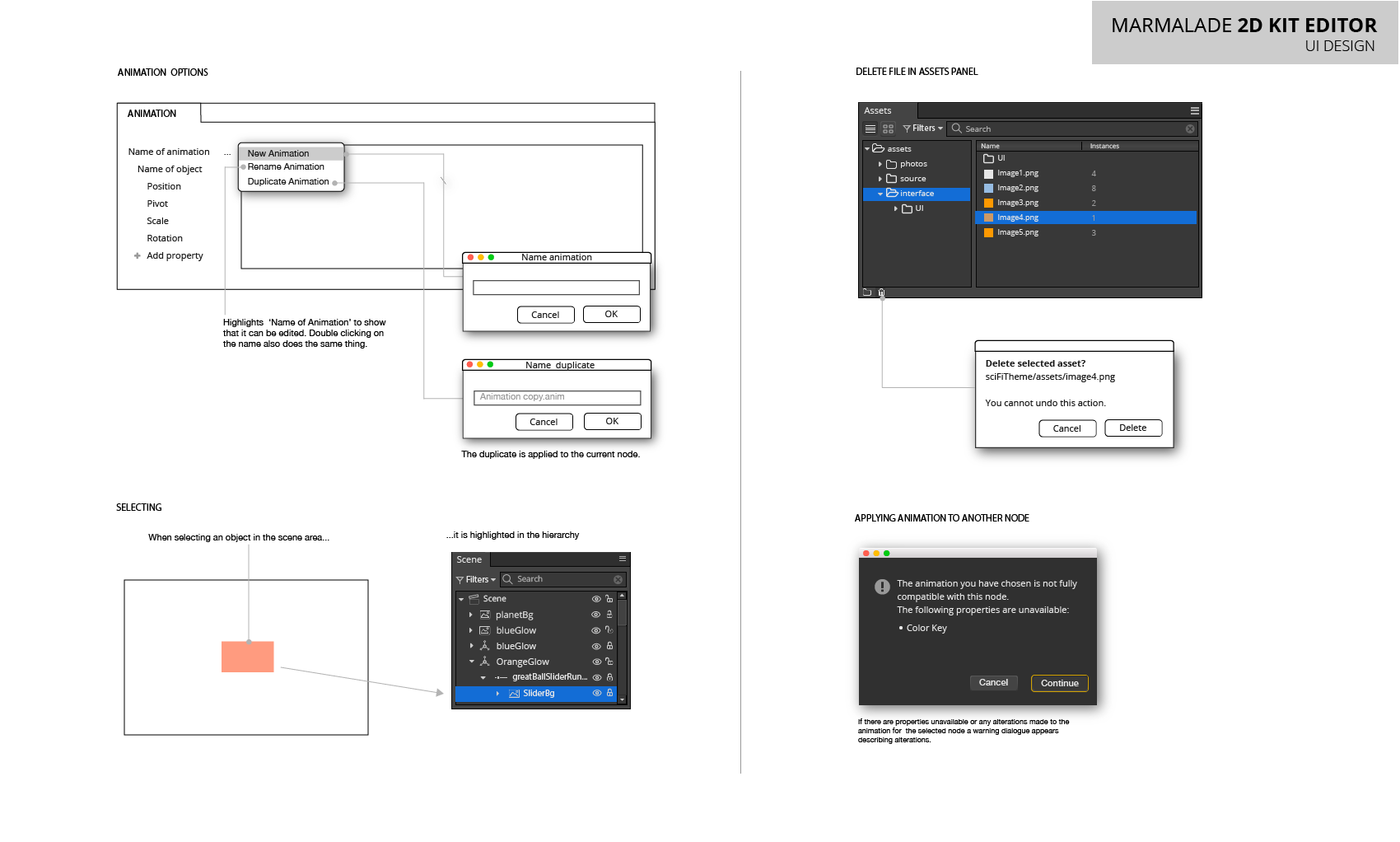 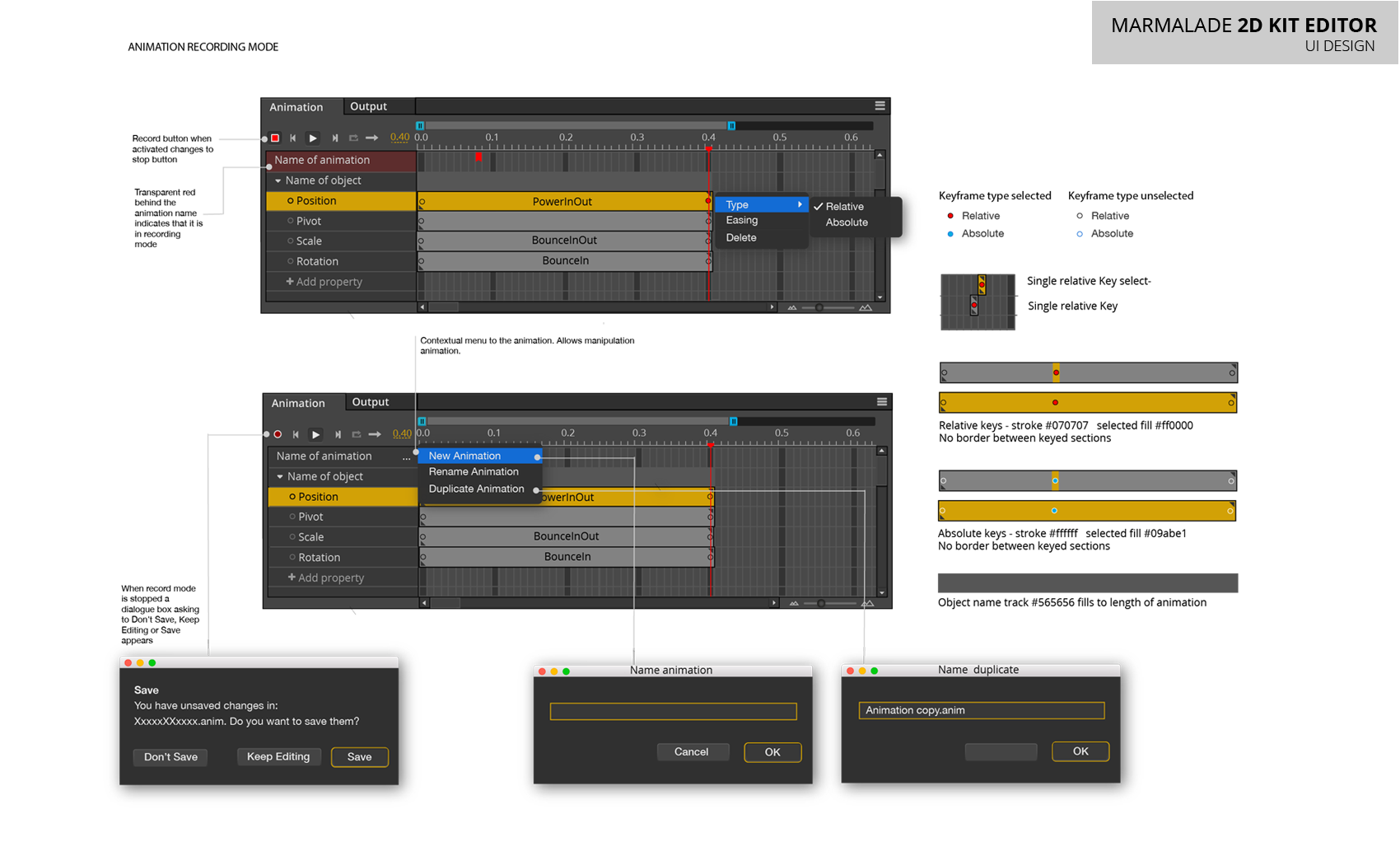 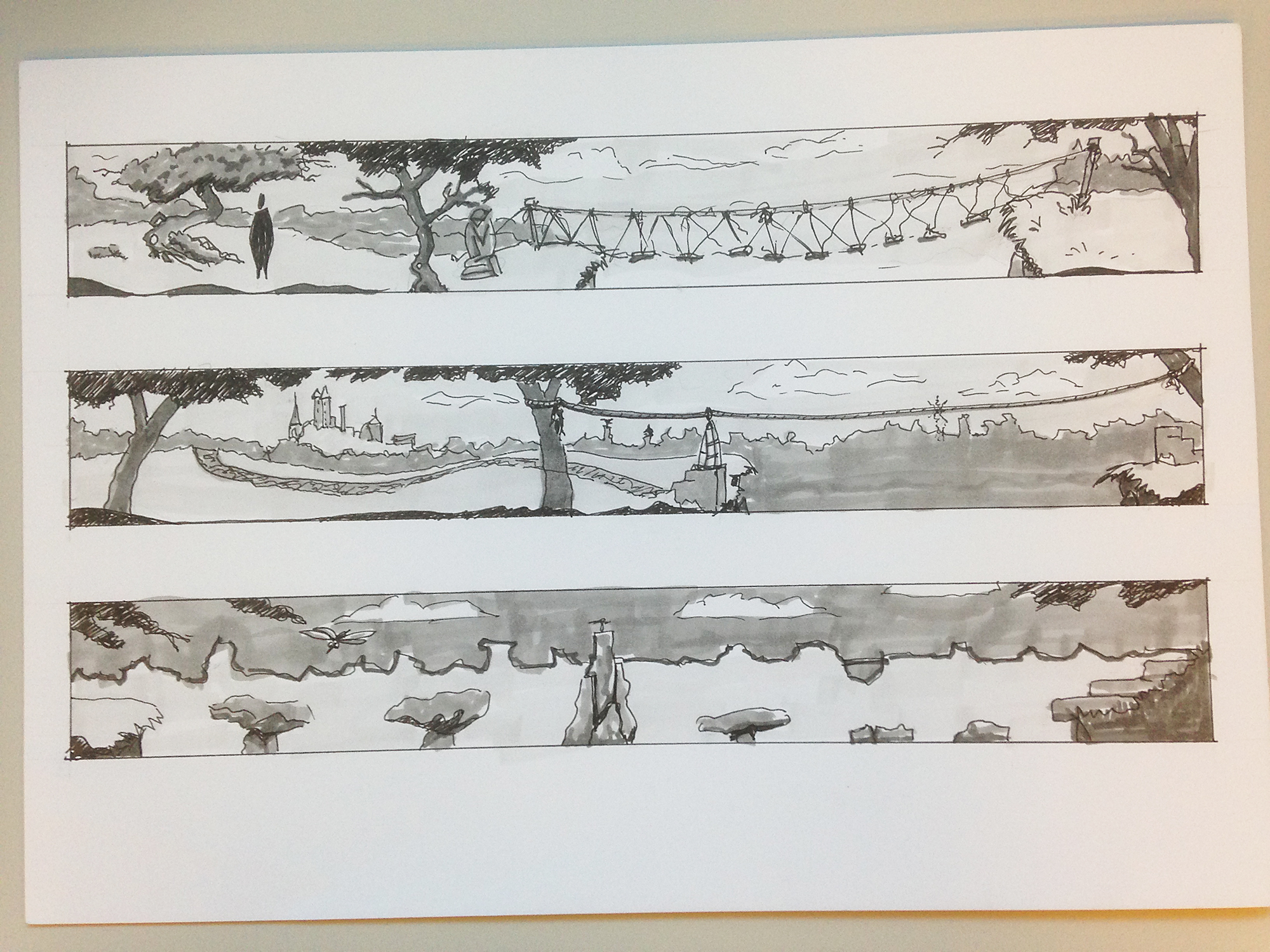 The Last Word is an exciting new computer game being developed by Fourth State. It is set inside a diary and sees players solving a variety of puzzles using the words on each page. 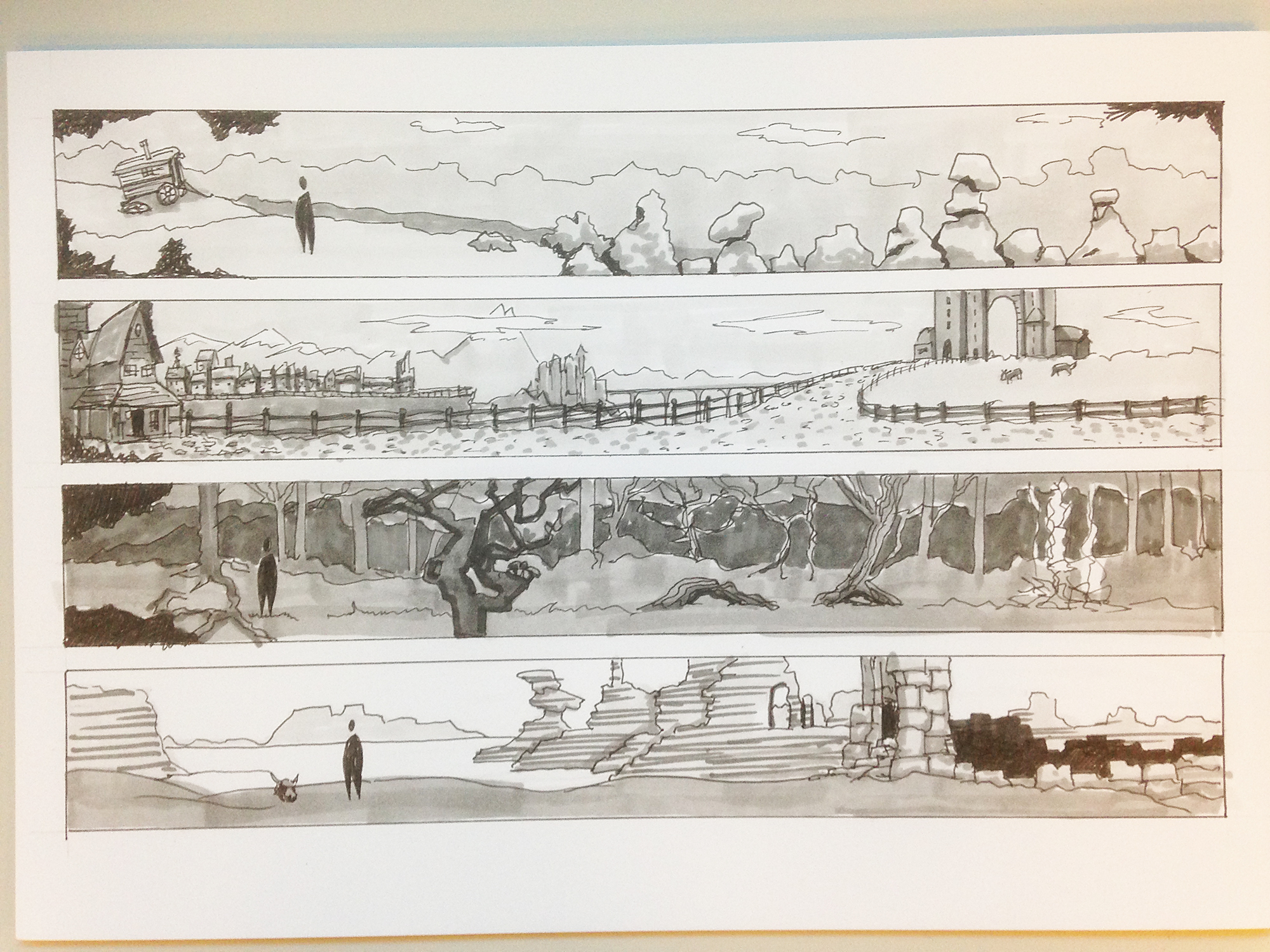